Skin is the largest and the most complex organ in the human body. The upper layer of the skin generally sheds and the new cells are generated. But the layer in which the larger sebaceous glands are present, the epidermis start growing inward and secrete keratin to form sebaceous cysts.

The sebaceous glands are located at the base of hair follicles and produces sebum oil which coats your skin and hair. You may get the cyst developed if the gland is damaged or if its duct gets blocked. Sebaceous cysts can occur in any part of your body, but face, neck and torso are mainly affected by them. A typical sebaceous cyst may be as small as few millimeters to more than 5 cm in size. 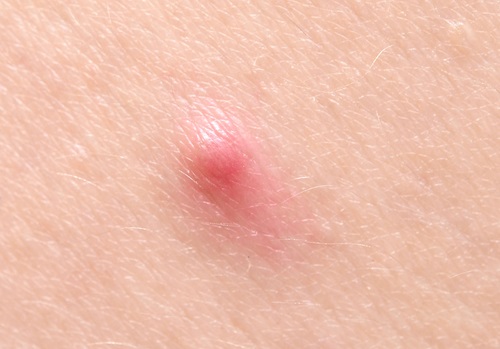 Sebaceous cysts are asymptomatic, firm to fluctuant, dome-shaped lesions depositions of keratin – a thick & yellowish liquid. These cysts normally occur as small lumps under the skin and also known as epidermoid cysts.

How Do Sebaceous Cysts Occur?

The main causes that leads to higher risks of developing sebaceous cysts are oil-based cosmetics and sunburn. Any injury to your body can also prove to be harmful and provoke the formation of sebaceous gland. Rupturing sebaceous cyst under unhygienic conditions can be harmful.

Most often, sebaceous cysts are not harmful but in rare cases, they might be linked with skin cancer. This will require removal of the cyst as well as biopsy. So, it is advised to consult a dermatologist to diagnose your skin lesion.

The most effective sebaceous cyst removal treatment is surgical removal. There may be some other complications which could necessitate the removal of the sebaceous cyst such as pain, discomfort and infection. A cyst that is swollen or inflamed can cause a bit irritation and discomfort, but the inflammation is typically treated before the cyst can be removed. If you have a sebaceous cyst developed on the sensitive site like face, it can be removed for cosmetic reasons.

When a sebaceous cyst starts growing rapidly or becomes swollen and painful, it is important to consult a dermatologist. But if it doesn’t cause any harm, then removal is not necessary. Surgical removal should be postponed if the signs of inflammation and infection are present.

Sebaceous cyst removal is the best treatment option for both medical and cosmetic reasons. Aseptic conditions and local anesthesia is needed for the removal of sebaceous cyst. The removal is done only after treating it with anti-inflammatory drugs.

There are various treatment options for sebaceous cysts:

The sebaceous cysts contain keratin and lipid, the discharge, foul-smelling rancid odour which is often associated with these cysts relates to the relative fat content, bacterial infection, or decomposition.

However, it is harmful to squeeze the cyst because it may cause infection to the surrounding areas.