“Pirates of Silicon Valley” does not disappoint as a history lesson in the genesis of the creation of the personal computer. The movie follows the rise of two of computer history’s giants: Bill Gates and Steve Jobs — two men have changed the landscape of the digital era irrevocably. There can be no denial that the story of their rise is a compelling montage of genius, determination, and imagination. While the film, is overall very entertaining, it does omit key elements and facts of the actually story that tells the story of the two innovators. 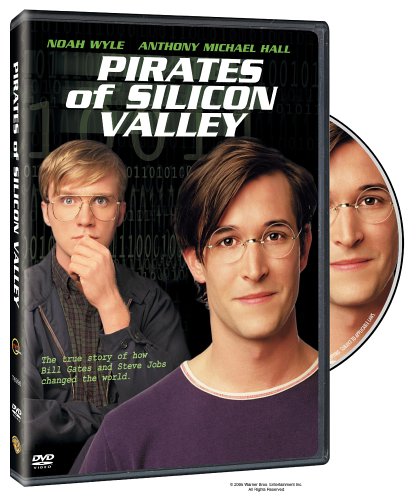 Gaps in the Plot

One unsatisfying aspect of the movie was that the storyline was not concise which resulted in large gaps in the plot and some unexplained details. It may have been more effective to the overall integrity of the movie to have produced it as a mini-series rather than a made-for-TV movie as there were many areas of the movie that were left untold and could have given a more detailed portrayal of this vital aspect of world history.

In addition to untold pieces of the story, some information given was untrue. For example, the Apple, “Lisa,” computer was Jobs’ first project, yet it was a dismal failure. It was put aside rather early on, and the Macintosh was born immediately following the Lisa’s demise. However, “Pirates of Silicon Valley” showed the Lisa being sold alongside the Mac as an effective companion product.

Why the Movie is a Success

Despite some inconsistencies in the plot when compared to reality, which was done to add dramatic effect to the production, the overall story is immensely fascinating. The movie paints an amazing image of the origins of the now trillion dollar industry that was only a couple of circuits in somebody’s garage area in the 70s.

The production contained excellent performances throughout, especially the roles of Bill Gates and Steve Jobs played by Anthony Michael Hall and Noah Wyle, respectively. Hall gives a level of depth and passion to the character of Gates that conveys the level of obsession and relentlessness that went into developing Microsoft into the multi-billion dollar corporation it is presently. In addition, Wyle gives a personable life force to Jobs that made the late CEO of Apple a relatable character which represented him as the spirit of technological ingenuity. While the plot is intriguing from the perspective of Gates, Wyle gave a command performance of the more laid back Jobs that made the character a well-sung hero.

Knowing the achievements Jobs has later in his career with the iPod, iPad, MacBook and various other inventions will enable the audience to understand Jobs on a personal level that may not have been possible without this movie. The audience will share in his success and failures from the perspective of a triumphant underdog.

Anyone who is a fan of Bill Gates, Steve Jobs, or the computer industry should see this movie. It is a thought-provoking look into the lives of two individuals whose inventions have changed the way the world communicates.

Charlie Henderson writes on tech topics of all sorts, including gadgets, gadget accessories, computers and others as well. New iPad owners looking to expand their accessory collection should consider the kensington ipad keyboard cases.