Being efficient with resources isn’t just a good way to help protect the environment, it’s also useful if you want to save some money. Hundreds of unnecessary dollars are spent every year on wasteful heating, cooling, and lighting homes. As the world is focusing on going green, here are 9 things you can do reduce your energy bill and help save the environment. 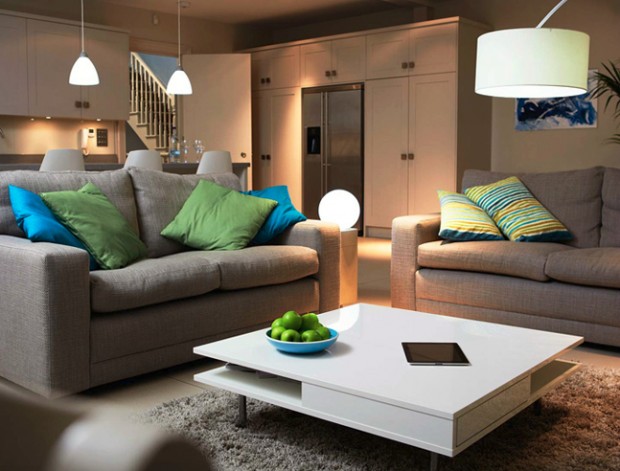 Conventional incandescent bulbs aren’t very efficient, and they only tend to last a few years before they need to be replaced. Philips Hue Smart LED Light bulbs on the other hand provide the same level of light for 80% less energy, and they can last up to 25 times as long! Add that to that fact that they can be controlled from a smartphone and have their color changed at the push of a button, and you’ve got some efficient lighting that’s also great for parties.

Appliances are some of the most energy-wasteful things in the home. However, sometimes it’s difficult to get an idea of just how wasteful certain ones can be. With MeterPlug, you can find out for sure by monitoring individual appliances, all with nothing more than a small attachment and your smartphone.

Solar energy is pretty much universally accepted as the most efficient and useful of all known alternate energy sources. So, when it comes time to charge your devices, using the sun is always a good idea. The JOOS Orange solar charger is perhaps the best charger on the market, providing quick charging, and even containing its own internal battery packs to store energy for times when the sun won’t show its face.

Americans collectively use over a trillion gallons of water in their showers each year. However, low-flow showerheads can cut down the amount of wasted water by 50–70%. The Aquahelix may be the worlds lowest flow nozzle. It relies on a single stream of water rotated at high speeds to simulate the feel of a full shower blast. Of course, if this seems too alien (some users just can’t seem to get used to it), there are other low-flow showerheads available on the market.

If we could get our electrical devices to run on tap water, that would be a big step towards a more efficient and environmentally-friendly future. Well, some designers have found a way to do that with small, portable alarm clocks. Bedol water-powered clocks require only a few ounces of water, and they’ll keep accurate time for several months without the use of any sort of battery or dangerous chemicals. They even have a built in memory, so you won’t have to worry about resetting the clock when it comes time to change out the water.

You might not realize it, but whenever an appliance or device is plugged into the wall, even if it isn’t actually turned on, it’s still using electricity. This is called phantom power drain, and it accounts for nearly 10% of all residential electricity consumption. Smart power strips cut it off at the source, by shutting off the connection between the appliances and the outlets when they’re not being directly used. The Belkin power strip takes it a step further, by actually turning off peripheral devices when a main device is disengaged.

Most standard lawnmowers use gasoline, thus creating harmful emissions when used. Robomow, on the other hand, uses a rechargeable battery to keep itself running. It also helps around-the-house efficiency, in that it is completely automated. That means that instead of wasting time cutting the grass, you can leave it all to Robomow, and use your valuable hours doing other things.

Before people began keeping personal data on flash drives or hidden in the cloud, recordable CDs and DVDs were often used to store important personal information. However, as times have advanced, many individuals are finding themselves with a surplus of old, useless, CD/DVD based records that need to be deleted. Instead of simply breaking them into pieces and throwing them out, you can use a Plexeraser CD/DVD eraser. It completely removes any information on the disk, leaving you with a blank and reusable CD or DVD.

Heating and cooling ends up using more energy and costing homeowners more money than almost anything else in the home, and a lot of that energy goes completely to waste, thanks to thermostats that regulate the temperature regardless of whether anyone is home. The new Nest learning thermostat changes that, by working in conjunction with a mobile smart device to learn a homeowner’s habits and adjust itself accordingly. After a few days of use, it will get to know you well enough that you may never have to manually correct your thermostat again.

Technology has changed drastically over the past few years and there are many options nowadays for consumers to choose from. By turning your home into a smart home, you will be helping in reducing overall energy consumption in a number of ways, as such, start applying some of these ideas to help you live a more efficient (and by extension, less expensive) life.