The chances are that a construction site might seem a bit intimidating if you’ve never worked in one before.  This is understandable: there’s a lot of machinery out there that can be potentially fatal if it’s not handled correctly.  Needless to say, if you treat the equipment with respect and follow your training to the letter, you’re far less likely to be injured in any way.  We joined forces with Neff – experts in construction equipment rental – to bring to these surprising construction facts:

A lot of the most common hazards that take place aren’t machinery.  Whilst everyone is aware of machinery in terms of risk, a lot of the key hazards noted by the European Safety and Health at Work Agency aren’t machinery based at all.  Some of the most common include exposure to hazardous substances, suffering hearing loss due to loud noise, being buried during excavation work, being struck by falling material and developing a bad back from handling heavy material.  Essentially, whilst machines should be taken seriously, they shouldn’t be anybody’s sole focus in terms of safety. 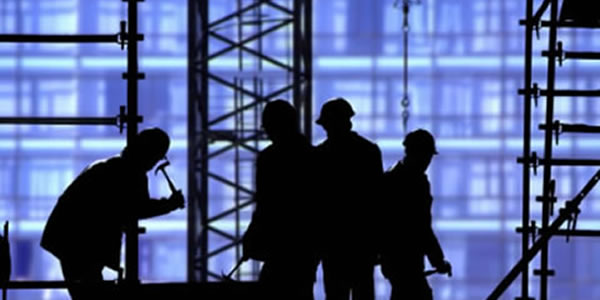 Construction sites might be hazardous, but they’re not lethal.  The above fact might have given you the impression that building sites are more dangerous than they actually are.  Yes, risks are potentially there, but if you’re respectful of the working environment then you can stay safe.  For anyone who’s overly worried, it’s worth noting that in the 2011 US Survey of Occupational Injuries and Illnesses, only four private industry sectors showed an increase in the rate of injury and illness in 2011 when compared to the previous year, and construction wasn’t one of them.  (They were, in fact, agriculture, forestry, fishing and hunting).

Falls are the biggest cause of fatalities.  According to CDC figures from 2009, falls were by far the most common cause of fatalities within the construction industry, so hazards that cause them should be treated extremely seriously. Within that year, falls accounted for 77 fatalities across the US, compared to only 20 which resulted from machinery misuse and 24 which arose from objects and equipment.

They’re also the biggest cause of non-fatal injuries!  According to NEISS-Work estimates, a total of 555,700 non-fatal injuries obtained in a single year by those working in the construction industry were as a result of a fall.  Interestingly, whilst older workers were more likely to sustain serious injuries, younger workers were more likely to actually suffer from a fall in the first place. 70% of those injuries were obtained by falls to a lower level from roofs, ladders and scaffolds.

The injury rate isn’t all that big.  Again, a statistics for anyone who was beginning to panic! Again, according to NEISS data, only 3,216,800 injuries arising from construction work were treated during an eight year period.  Whilst that sounds like a big number, it’s worth bearing in mind that this represented an injury rate of only 410/10,000 making it actually quite a small number.  Remember, a whole lot of people work in the construction trade!  As ever, as long as you treat your working environment with respect and remember your training, you’ll be able to stay safe.