Pune, better known as the “cultural capital of Maharashtra”, is a fast developing city. It is one of the largest hubs of Information technology in the country as well as a chief centre of education. A place that was once the ruling ground of several kingdoms and dynasties, the areas in the city are dotted with sleek office buildings, IT parks, universities, and state of art educational institutions. The culture of the city, which is a charming mix of tradition and modernity, is indeed is a fascinating aspect of it. It is something that you simply cannot escape, as everywhere you go you see a thrive to maintain a balance between the old world and modern era. From Aga Khan Palace to the Jewish churches and synagogues a majority of the total sightseeing attractions here belong to the by-gone era. The city can be easily put under the category of most popular tourist destinations in India as for long, the place has remained a popular haunt amongst backpackers, history-buffs, enthusiasts of culture, food, and adventure. Tourist attractions are spread all over the place and so are the hotels. There are accommodations that suit every budget, however, nothing compares to the luxury-filled hospitality provided by the 5 Star hotels in Pune that simply lifts-up the holidaying experience as a whole.

A tourist can easily spend his holiday exploring tourist attractions and relishing the allures as per his/her taste as the place has something in its store for everyone. Most of the chief tourist attractions generally find a place in the conventional tour routine. However, there are certain attractions after visiting which you simply cannot stop yourself from falling in love with the city. Two of them are stated below: 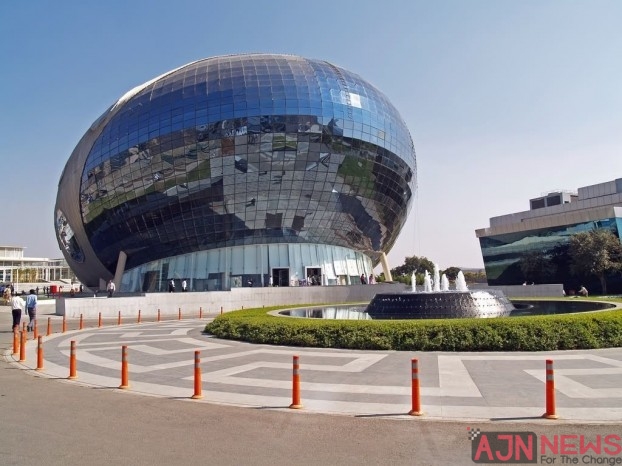 It is quite interesting that there exists such a tranquil place in a bustling city, although, given the natural beauty of the city, one can still guess the thought. It was built by Sir Jamshedji and is one of the major allures of the place. The garden is simply a “love at first sight”, as the plenitude of flora bewitches you the moment you arrive here. There resides a pastoral quietude here that offer a break to the city-worn individuals. Spend some time here before you sum-up your tour. Also, use the opportunity to relish boating in the backwaters, it is just worth!

The garden is not just an exhibit of the friendship between India and Japan, but it also characterizes the bridge between culture as well as tradition of the two countries. Inspired from the Korakuen Garden in Okayama City in Japan, the Pune Okayama Friendship Garden is another fine example of man’s creativity and skills. It is a large authentic Japanese garden, sprawling over 10 acres of land and full of small ponds, bridges, and several beautiful meadows. You will easily spot other tourists and groups of people here, still the quietude that you experience here is just unparalleled.

To put everything together, full of unique and interesting tourist attractions and various other allures Pune is a destination to visit on the vacations with your loved ones. Book the flight tickets as well as room in one of the besthotels in Pune, before you embark the journey; pack the backpacks, and get going to the beautiful city.

Dimpy Roy is a travel writer working with an Online Travel Guide. She guides travelers to various resources where they can find best Pune to Delhi flight for easy journey.