Now more than ever, UK residents are seeking business and family mediation services for a wide variety of reasons in order to avoid facing court proceedings.  In terms of what mediation actually is, the term refers to a process whereby a third party is brought in to a dispute in order to inject independent and unbiased reasoning into the affair in order to help the opposing parties come to a mutually acceptable agreement. The whole idea is that rather than the involved parties having to go to court, the matter is settled out of court and usually by way of a considerably less unpleasant process.

In terms of what mediation is actually used for, it is an extremely flexible and versatile concept that can be used in a variety of scenarios and situations. For example, common instances in which mediators are called in include family disputes such as divorces, neighbourhood disputes, consumer disputes and an endless variety of business disputes. In any and all such instances, the mediator is brought in to take an objective look at the dispute from a totally neutral third-party perspective in order to assist parties in reaching an agreement without giving specific guidance, making any real judgments or taking sides. Quite simply, mediation is all about using common sense, logic and facts to reach settlements – something that is often very difficult to do without the help of mediation, especially where emotions or tempers may be frayed. 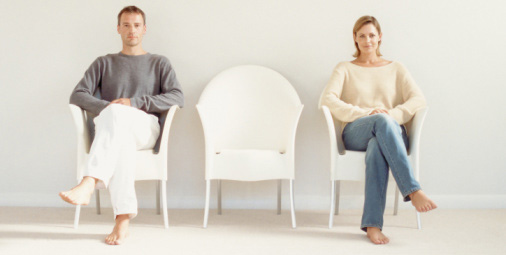 How Does it Work?

In terms of how mediation works, perhaps the most immediate difference between mediation and court proceedings is the way in which mediation is a wholly voluntary process. Or in other words, mediation can only happen if all involved parties agree to it and attend the meetings as and when required. Many see mediation as something of a last resort option to try out before having no alternative other than to go to court. And if a mediation process is unsuccessful, the matter can then still be taken to the appropriate court.

On paper at least, the mediation process is relatively simple. In essence, it is a case of bringing opposing parties together in a safe, controlled and technically unofficial environment in order to hammer out each and every issue for the purposes of reaching an agreement. One of the most common examples and best illustrations of mediation is the kind used when a couple has decided to split.  There may be various areas of contention between the two including things like custody of the kids, division of property and various financial issues. In this example, the fact that there will almost undoubtedly be tension and negative feelings between the two parties makes its almost impossible for either of them to see things objectively. And as the two may prefer to keep things out of court if at all possible, mediation represents the perfect alternative.

In essence, mediation is technically a form of negotiation. The two parties are brought together in order that each of them can express their own list of demands in terms of what they want, how much of it they want, when they want it and how they would like to get it. Suffice to say, the opposing party will have a wholly conflicting list of demands and will undoubtedly not be willing to accept all the demands of the other party. This is where the mediator comes into the equation who as a third party with no connection to either of the other parties can take the information and create a proposal that is both logical and fair. More often than not the solution is relatively simple, though could not be found by the opposing parties due to their emotional connection with the issue. In other instances, the solution can be extremely complicated and one that could never have been found without the involvement of a professional.

Just as is the case when businesses negotiate with other businesses regarding matters of huge significance, you cannot always expect a single mediation session to be enough. More often than not, it takes numerous visits to really get to the core of the issue and to create a mutually beneficial solution. It isn’t until you really start discussing the ins and outs of a dispute that you begin to realise it is probably a lot more complicated than you thought.

What’s more, repeat visits are often recommended as mediators sometimes recommend that the parties take as much time as necessary to think about what has been discussed during the session in order to improve the chances of reaching a final decision in subsequent sessions. Mediators are not able to guarantee successful outcomes, though even in the case of unsuccessful sessions will undoubtedly help those involved see things from a new perspective.