The United States and China have been equipped with the strength that is beyond compare among other different nations around the world. They have withstood different challenges that have tested their political, military and economic power which definitely built their way up. The US and China have proven themselves to be growing and making more impact in other countries; to which they could be a threat to each other. 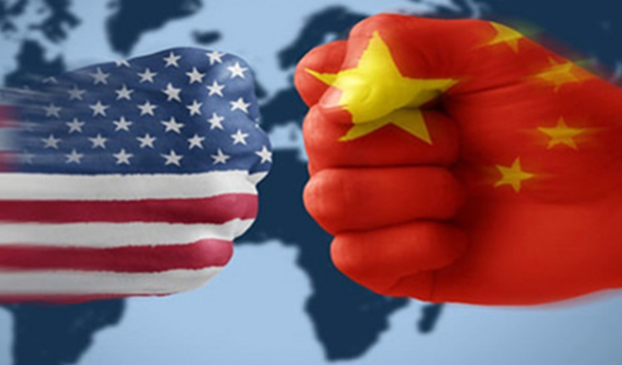 Before China’s rise and evolution, an assault by the Japanese against China happened in the 1930’s. The country faced situations that affected Westerners who chose to build a life, be professionals and create businesses in the Asian country. Although a call has been made to keep them safe and away from the war, other Westerners chose to stay with an urgency to act upon the challenging times. A Safety Zone was brought up in Nanking to have an area in which the Americans and other civilians can be free from the military exercises and combat between the Japanese and Chinese forces. However, not too long after, the Japanese were reported to misconduct and violence. They violated the establishment of the Safety Zone through forcing themselves to enter and commit rape leaving the refugees in danger. The Westerners who chose to stay only to attend to their business were troubled as China failed to protect them. This has left a mark in the history of China as well as the United States since they have become unsafe in the borders of the foreign nation. Although the US is not involved in this strike, it definitely has affected the relationship between US and China.

China’s efforts to revive and retrieve themselves from the trouble has definitely paid off in today’s times. In fact, the United States have been looking into how China has drastically placed itself to the top. China is definitely moved from their history and their judgments are clouded by it. This has affected how the US acts on policies to be implemented to China. Also, dealing with the global fiscal challenges against gaining returns needed particular attention to looking into.

To settle, the United States greatly looked into China’s strength and how it can benefit to the Asia-Pacific region as well as globally. This would aid in securing the States in a way that prohibitions are implemented when allies are being formed against it. Moreover, the United States has set China to participate in business and trade internationally. This allows the US to be in control over the economic strategies and keep the process in order. The participation in international economic efforts will be of lesser cost for China than forming its own domestic policies. China, being self-sufficient, would still need to abide by the policies to maintain their security. It will generally strengthen the US and keep its power and economic stability. Furthermore, they must not contradict any efforts that influence the US on a greater region as they have mobilized larger areas in Asia. China’s interest to take over the majority of the Asian region, however, must be looked into so as not to lose the greater control that the US hold. The major threat to each country now stands on economic grounds, where political, military and international relations are to be considered as well. Both nations have strengths that can protect their interests but only time would tell whether China would be able to go beyond what the US has achieved. Having great power amounts to greater threat and with the fast growth of China, the policies that the US has implemented would be the move that can make them confident for a time that their interests are protected and their power is not at stake.