The suburban areas of Kolkata are witnessing huge demands of property from the end customers. A number of builders have started coming up with new projects in the area, thereby leading to increased capital values. Read on to learn more!

If the market experts are to be believed, the expansion of metro rail network to suburban areas of Kolkata would lead to an increase in the capital values of those areas. However, surprisingly, the prices of properties in even those areas that are not included in the metro network route are also experiencing a steady rise.

Towns like Uttarpara, Rajpur, and Rajarhat, which are currently dependent on sub-urban transportation system, have witnessed a steady rise in the supply of apartments and flats. If the market sources are to be believed, the prices of flats in suburban locations have experienced no less than 25-30% hike in the property prices in past 2 years, while in the past one year, the prices of lands moved up by around 15-20%. Even the market for apartments for rent in Kolkata is not untouched with this trend.

Earlier, the real estate segment of Kolkata moved at a slower pace, but with the latest infrastructural developments and the increased population, there has been a rapid uptake of properties in popular localities like Madhyamgram, Konnagar, Sonarpur and other neighboring areas. The suburbs of Kolkata are the new found interests of the big real estate developers, who are now targeting the real estate sector of these localities with an aim to develop the areas and count crores.

The NRIs and the foreign direct investment in real estate market of Kolkata have also invested a fortune. Builders are also targeting foreign investors as they are aware of their specifications and budgets. As far as NRIs are considered, the government is gratifying them emotionally and is rewarding them monetarily with a thought that they will return to their homeland and make investments after seeing such wide range of opportunities.

Once rejected as non-lucrative localities by the investors, the fringes of the city are now going through a phase of rapid development and have lured the big realtors of West Bengal. The availability of big plots of lands at lesser prices as compared to the capital city and the availability of catchment area because of closed factories are some of the factors that have driven the real estate segment of the Kolkata suburbs. 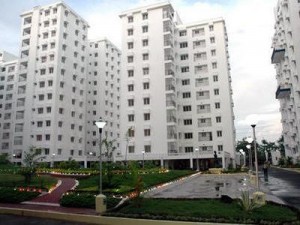 Increase in the residential real estate segment had spurred the prices of the properties. The boom in the prices of properties has astonished even the market experts. Suburban areas like Kestopur, Sonarpur, Rajpur, Baruipur, and others have proved to be great localities to put money in where the prices are still under control and lie in a range of Rs. 2,500-4,000 per sq. ft. The expansion of EM Bypass also contributed in property boom in these locations.

However, the market experts suggest that the government now requires considering some more infrastructural developments in these localities to lure more investors.

Capital values for these lands and plots have marked positive trends in the last few years. To make the most of the current situation, builders are making some wise decisions by investing in lands, and secure those lands to be developed in future. Currently, there has been a price appreciation of 50-60% in land values. The prices of plots are expected to increase in the near future, which will certainly lead to booming property rates.

Also the festive season has also been the reason for the boost in home sales in Kolkata, since prices are on the lower side, it definitely give the home buyers a good reason to put money in.