The vehicles that help us move is consistent with many parts that help it move as well. While many of them are visible to our eyes from the outside, there are many that keep moving inside the hood that only mechanics and experts get to know well. The engine itself has many moving parts that help it spin around, keep sliding back and forth, and all of these work with extremely tight tolerance for each other. 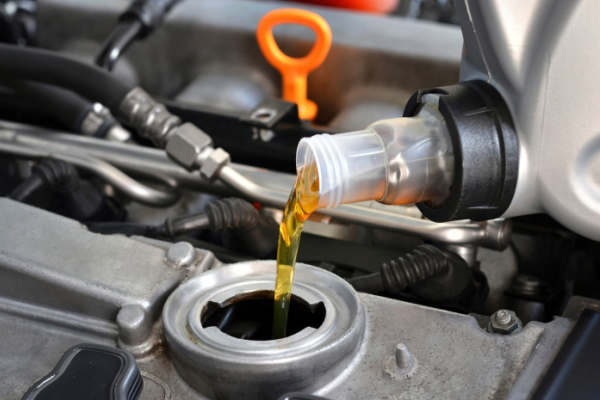 These moving parts of the car engine are dependent on a thin film of motor oil to reduce the friction generated while the parts brush against each other during the drives. This oil also helps in dissipating the heat that keeps accumulating. Without this motor oil, the engine would generate excessive heat within minutes so much so that the important moving parts like the pistons and the bearings will start welding themselves to the parts that mate with them, and as a result, the engine will start seizing. An expert mechanic from the Hyundai dealer Toms River explained that a locked-up engine does not allow you to get it rebuilt, as most crucial parts of the engine get destroyed because of their exposure to this excessive heat. Hence we can now understand how important role the engine oil plays in moving a vehicle.

Which Type of Oil Should be Used?

Synthetic oil has shown itself to be more stable and uniform in its functionality especially if you see it at its molecular level, that exhibits its shear strength. By using the phrase “Shear strength” we meant to say the ability of the oil to withstand under any external pressure. This stability indicates that synthetic oils are ideal to be used in cars with modern machinery. Moreover, with synthetic oil used for the engine, a car can travel 8-10,000 miles without asking for the next change.

We heard the experts of the Toms River Hyundai explain further about how the engine oil has the capacity to prolong the life span of a car.  They showed us how a car engine is equally dependent on the  air, gasoline, and spark to start the process of movement, and for all this it needs the motor oil to create a layer of coating on the moving parts of the engine and likewise protect them against the chances of excessive heat leading to untimely wear. Hence it is through proper lubrication and timely oil changing that can prevent the engine from developing sludge and carbon in the engine, and from there keeps the car parts intact for years to come.