A rider in Birmingham had the shock of his life when his scooter spontaneously combusted last year. It was later revealed that a battery leak caused the fire and the 2-stroke engine was decimated by the heat the fire generated. The rider suffered a burn to his left leg and was awarded around £1,500 by the scooter manufacturer for his accident claim in the UK. 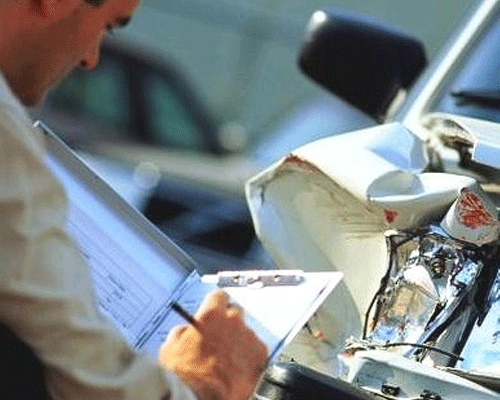 A customer of a well-known fast food chain had his toes burned when another customer dropped their steaming hot apple pie on the floor. The filling travelled half a metre to land on the victim’s foot, where it scolded him. A claim was put in for compensation, and the victim was awarded £850 general damages and £500 special damages.

On a particular windy day in Buckinghamshire, a man walking his dog was knocked unconscious when a rogue roof tile clipped him on the head. An investigation found that the owner of the building had let the roof fall into a state of disrepair. A claim for compensation was duly put in, and the victim received a pay-out of around £3,000.

A newly employed chef at a chain pub was left with a broken arm when the cooker hood in the kitchen fell onto him. An investigation found that the business owner knew that the hood was not secured to the wall properly and had ample time to rectify the issue. The employee put in a claim for compensation and was awarded over £5,000 for his troubles.

A farmer whose fields were used for recreation in the winter, specifically sledging, installed barbed wire at the bottom of a well-used hill without putting up any signs. The farmer welcomed people onto his property so it came as a shock when a child was left with a four-inch gash on their head. A claim was put in on the minor’s behalf for £2,000.

Teenagers on a school bus were on the receiving end of a claim after they threw a paper aeroplane into the air, only for it to blind another pupil in one eye for six months. Parents were left outraged, and a claim was put in on behalf of the victim by their parents. The victim won a total of £4,000, and the pupils responsible were punished by the school.

A motor malfunction on a rotating door in London caused people inside to be pushed along at three times the usual speed. One lady, an 80-year old pensioner, unfortunately fell over and broke her hip because of this. She made an accident claim after she could no longer afford to pay her bills. She won her claim and received £6,000 within just 6-8 weeks.